After some conversations with followers of the blog who questioned my choice of Astra as a new theme for the blog instead of the famous GeneratePress I decided to do some performance tests, with surprising results.

My first tests were to see which of the two themes, Astra and GeneratePress, offered better load times.

I did several tests, all on the same server, same settings, same real content, and several tests with each theme to eliminate random variables such as response times, and the result was: Astra loads faster than GeneratePress.

In the previous screenshots you have the best readings of each theme, and I have to emphasize additionally from Astra that their speed readings were very constant, not so with GeneratePress, which fluctuated a lot between each test, something that I checked was due to the method of loading the sources, not optimal.

Well, end of discussion, right? The Astra theme is more optimal and loads faster than GeneratePress.

Well no, because someone encouraged me to try a new setting of GeneratePress 3.x that, I was told, improved loading times a lot.

I mean that in version 3.0 GeneratePress introduced the option to load the CSS using Flexbox instead of floats. So without hesitation, I started to activate this new setting to check the possible performance improvements.

And although the pagespeed score gets a lower score it is true that the loading time improves a small amount.

Because it turns out that GeneratePress with Flexbox active loads 2 CSS files which can mean longer load times than the only CSS file generated in floats mode. It all depends on if you’re using HTTP/2

As always, these have been my tests on my test websites. Some things may change on yours and there may not be as much difference in the performance of your site. Or maybe you can justify a lower speed on your site if it looks much better for you and your readers. But no, my tests say that the GeneratePress theme does not load faster than Astra.

Read this post in Spanish: ¡No, GeneratePress 3 no carga más rápido!

Passionate editor at WordPress Help Blog. WP-Admin is always the best place to be. 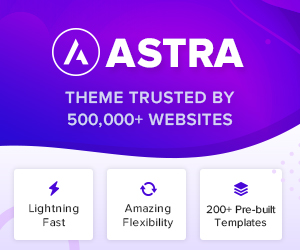